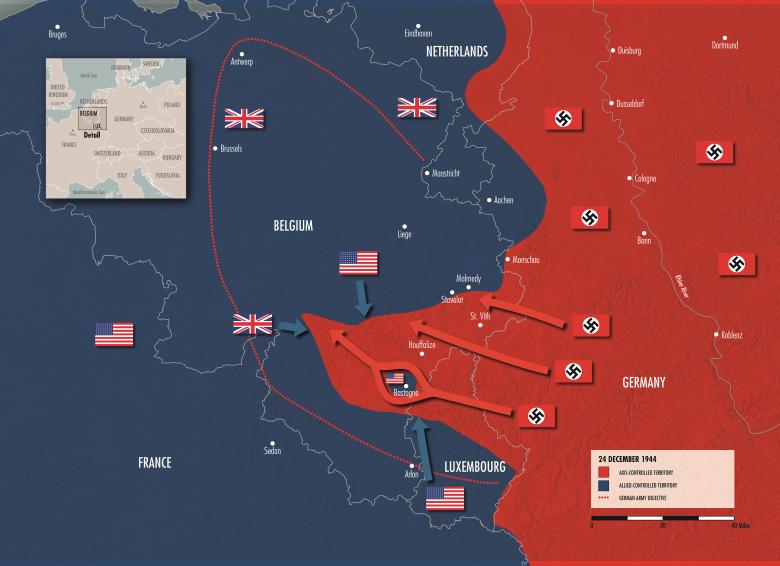 In December 1944, Hitler launched his final offensive campaign, a surprise attack against the Allies in the thinly defended Ardennes Forest. Although the Germans initially succeeded in creating a deep "bulge" in the Allied lines, these gains were reversed by the end of january 1945, and the Allies proceeded into the German homeland on the road to Berlin.